Ben Jorgensen has been waiting to make The Rain Museum for a very long time. Not just the 15 years that separates it from Armor For Sleep’s previous full-length 2007 album, Smile For Them, but since right after the release of 2005’s breakthrough album, What To Do When You Are Dead. After that record came out, Jorgensen says, he wanted to “double down on the idea of making albums that were part of larger stories.” He “loosely penned a short story called ‘The Rain Museum’ and fully intended to make our next album a complimentary piece of the larger story that I was crafting in my head.” That never happened. After What To Do When You Are Dead, the band […]

Ben Jorgensen has been waiting to make The Rain Museum for a very long time. Not just the 15 years that separates it from Armor For Sleep’s previous full-length 2007 album, Smile For Them, but since right after the release of 2005’s breakthrough album, What To Do When You Are Dead. After that record came out, Jorgensen says, he wanted to “double down on the idea of making albums that were part of larger stories.” He “loosely penned a short story called ‘The Rain Museum’ and fully intended to make our next album a complimentary piece of the larger story that I was crafting in my head.” That never happened. After What To Do When You Are Dead, the band followed what Jorgensen calls “bad advice” and signed to a major label, who convinced the band to shelve the idea of making another concept record. Instead, that led to the band “sputtering” before going on indefinite hiatus in 2009. Jorgensen never got to create the album he’d been so excited to see materialize.

Fast-forward to 2020. When the pandemic hit, it occurred to Jorgensen that lockdown might be the perfect opportunity to finally spend the time to revisit and realize his idea for this “lost” album.
“In its initial form,” explains Jorgensen, “The Rain Museum was going to be a concept album set in a post-apocalyptic world where there’s no more weather on planet Earth. In this world, in the middle of a desert, there is a mysterious museum containing nostalgia from Earth’s past. It’s filled with exhibits of what the world looked like before civilization crumbled. It’s this peaceful place where people from all over flock to since they would rather spend time looking at this previous world than existing in their own. At the end of the story, they all choose to drown inside this museum instead of facing the realities of their own world.”

It’s a bleak but also beautiful fable about ruminating too deeply in the past, about reliving memories of life rather than actually living through the present moments of now.

Initially, Jorgensen set out to make the concept album as he’d originally conceived it some 17 years earlier. But then something unexpected happened that would alter the course of his life and, in turn, his path to completing the album that he had been waiting so long to create. His marriage of eight years fell apart. As he was “living through hell,” Jorgensen started filtering those myriad emotions and narratives over the story arc of the record that he was still determined to finish. It was unintentional at first, but the reality of the present soon became inextricably woven into the fabric of this fictional concept until they became the same thing, albeit with an extra layer of self-awareness. That’s because The Rain Museum, as well as being an avenue for Jorgensen to explore his grief, also became a concept album about a concept album that never was, a combination of the original idea that Jorgensen had had with what was happening to him and his relationship.

“It occurred to me,” he says, “that that process of letting go that I was going through was exactly the same process the main characters in my original story had to go through in their world. The characters drawn to the museum that obsessed over the past ultimately chose to perish inside the museum. I knew then that weaving my own personal story over the bones of my original idea actually would give rise to the album I always truly wanted to make. So as my life took an unexpected turn, the album morphed with me into something else entirely and became an outlet for what I was going through, which actually helped my grieving process.” Funneling his emotions and experiences into what would become the album helped Jorgensen cope with his strange new reality. He says, “In writing the album, I felt like I was sending a message in a bottle out to the world. Obviously a breakup is hard no matter when you go through it, but going through it in the midst of a global pandemic made the whole thing seem even bleaker. So I hoped if I could send some kind of beacon out there, it might connect with someone else down the road who’s making their way through their own dark tunnel.”

Both that isolation and hope—and the tension between them—are present in the 12 tracks that make up this record. Recorded by Courtney Ballard (State Champs, I The Mighty, Good Charlotte, All Time Low) in West Hollywood, it begins with the deliberately cinematic title track. A gorgeous instrumental dreamscape, it seems to ebb and flow through centuries as its layers build and the melody blooms, expanding and shrinking the same way a bruised, broken heart keeps beating, even when it feels like it can’t anymore. Through the subtle use of a Middle Eastern musical scale that reappears at various points in the album, it sets the scene in which the rest of the record takes place. Then there’s “How Far Apart,” a poignant examination of an absence that can’t be measured whose melody builds into a soaring crescendo that’s as epic as it is devastating, and the frenetic yet euphoric “World Burn Down,” which translates that dystopian vision of Jorgensen’s short story into a desperate blast of minor chord urgency. Elsewhere, there are glimpses of hope in the almost-blissful melancholy of “New Rainbows” and—despite its title—the bleak emotional landscape of the atmospheric, synth-laden “Rather Drown,” while “Tomorrow Faded Away” shimmers with defiance in the face of hopelessness. It all comes to an end with the darkly majestic “Spinning Through Time,” an almost classical piano-led piece that dives deep into Jorgensen’s own personal loss and trauma to bring the record to a haunting, moving close.

“I wanted the last track on the album to serve as a reflection of the first track,” he explains, “and I wanted it to feel like the end of the journey and a summary of some of the emotions and musical ideas presented throughout the album. At the core, a lot of this album is about my relationship that fell apart, and I wanted to end things focused on that.”

Interestingly, while Armor For Sleep songs have always been emotional experiences, Jorgensen says this is the first time he’s actually used music as a form of therapy. You can definitely hear that in these songs—they bristle and ache with a raw passion that belies their sophisticated production, making them feel all the more real, all the more anguished.

“I remember always hearing people say that writing songs was their therapy,” he says, “and I always kind of thought it was bullshit. The songs that I wrote were always meaningful to me in a way, but I would never say it was my own personal therapy—when I wrote about despair in the past, it was always from the perspective of being in a healthy place. But this album was the first time that I felt like it was just me in the trenches—no daylight anywhere. Some of it was literally difficult to finish writing because I was living in such a dark period of my life. So this really was therapy for me.”

It did the trick. But equally important, being tied to the narrative concept of The Rain Museum put everything into perspective for him. Jorgensen explains, “I knew as I was writing this that what I was going through was only a small chapter in my life,” he says. “I knew I wouldn’t be there all the time. Time eventually makes everything better, so I knew it was only a brief chapter in my life, but I also knew it was important for me to document and find a creative outlet for what I was going through, as tough as it was. I’m thankfully not in that place anymore, but this will always be there for me as a reminder of that little blip in my life. And if it can be there for other people, too, then that’s great.”

A Comprehensive Guide To Touring

What To Do When You Are Dead 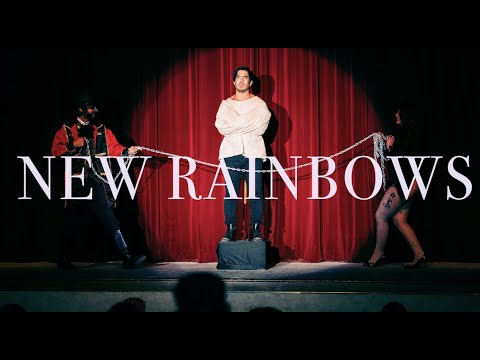 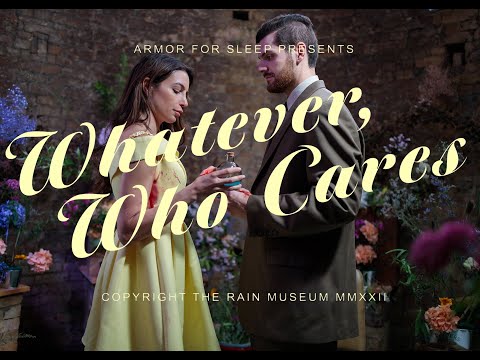 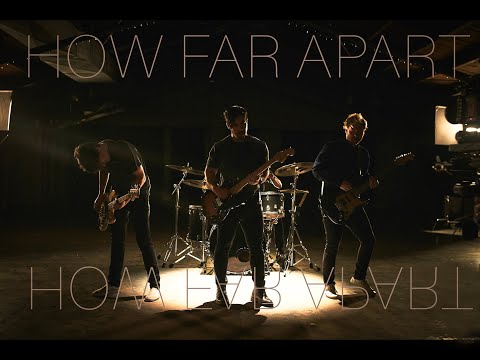 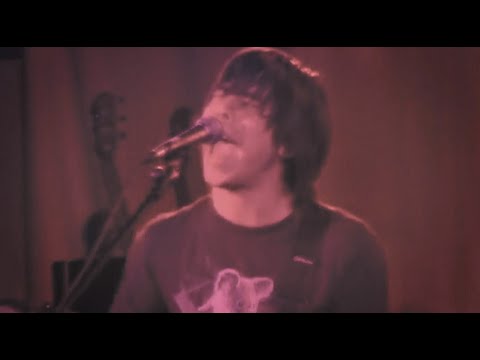 NEVER LOVED TO SUPPORT ARMOR FOR SLEEP ON UPCOMING TOUR