It’s been almost a decade since Casey Crescenzo brought The Dear Hunter – both the band and the character of the same name – to life with his 2006 debut full-length, Act I: The Lake South, The River North. Although it was evident from his stint as singer of The Receiving End Of Sirens, the record revealed Crescenzo’s incredibly inventive and ambitious musical flair, something which has been evolving ever since. The two albums which followed – 2007’s Act II: The Meaning Of, And All Things Regarding Ms. Leading and 2009’s Act III: Life And Death – cemented the now 32 year-old as a maverick, idiosyncratic talent whose music, while fitting a modern aesthetic, was also from a bygone era.

It’s been almost a decade since Casey Crescenzo brought The Dear Hunter – both the band and the character of the same name – to life with his 2006 debut full-length, Act I: The Lake South, The River North. Although it was evident from his stint as singer of The Receiving End Of Sirens, the record revealed Crescenzo’s incredibly inventive and ambitious musical flair, something which has been evolving ever since. The two albums which followed – 2007’s Act II: The Meaning Of, And All Things Regarding Ms. Leading and 2009’s Act III: Life And Death – cemented the now 32 year-old as a maverick, idiosyncratic talent whose music, while fitting a modern aesthetic, was also from a bygone era.

Anachronistic and timeless in equal measure, the narrative of The Dear Hunter existed in both the past and the present, its detailed plot standing simultaneously as an age-old and new age fable. As that tale progressed, so did Crescenzo’s art, his experimental compositions blurring the line between different genres to create a sound that was – and still is – unique to the band. But then, halfway through the six envisioned Acts of the Dear Hunter narrative, Crescenzo’s attentions shifted. Between 2010 and 2011, the band recorded a series of nine four-track EPs known as The Color Spectrum. Later released as a single volume edition, each EP was a musical interpretation of a color from the visible spectrum, showcasing the increasingly far-reaching ambitions for Crescenzo’s musical vision and his inventive interpretation of the world around him. Two years later, the more mellow and straightforward fifth full-length Migrant showcased a different side to the songwriter’s talents, and last year he composed and recorded his first symphony Amour & Attrition. With such a storied musical repertoire, its clear Crescenzo is no ordinary musician.

Now, six years and two albums after The Dear Hunter released Act III: Life And Death, Crescenzo has returned to the narrative of the anti-hero who shares the band’s name, applying all of the knowledge and experience of the last ten years to this new chapter. Picking up where the story left off – with the eponymous protagonist assuming the identity of his late brother and returning home – Act IV: Rebirth In Reprise is an album that explores the complex notions of who and what we are, and which attempts to answer its own questions through the wanderings and wonderings of the album’s protagonist. Yet as the plot and the music weave their way through these fifteen songs, it’s clear that they transcend the boundaries of the Dear Hunter story. This is as much about a return in real life as it is the fictional story.

“Revisiting something that was six years removed from my life,” explains Crescenzo, “and going back to doing these records was actually a suggestion of my manager and friend Mike Marquis. We got talking about the title of the record and it really just made sense, both within this story – which is about this character returning to a familiar place as a different person – but also in terms of the music, which was returning to a familiar place as a different person for myself. So it was the perfect middle ground of describing conceptually, and as far as the plot goes, a story, but also a very perfect paralleling between my personal life and the story of the record – that revitalization and rejuvenating that comes from revisiting something with a newfound perspective.”

The result is the band’s most orchestral and multi-layered set of songs to date. Both nuanced and euphoric – sometimes at the same time – their very essence breathes life back into a story that has been on pause for over half a decade, reigniting the lives of the characters with heart and aplomb. That’s something Crescenzo insists could only have happened by taking a break from the world with The Color Spectrum and Migrant. The distance that making those records afforded Crescenzo means that of all the albums The Dear Hunter has made, Act IV’s soundtrack to its main character’s physical and philosophical journey is also the closest Crescenzo has come to realizing the true musical vision inside his head.

“I was trying to do it on Act I, Act II and Act III,” he says with a slight sigh of fake exasperation, “but I could never get to the point where I was just in a room with an orchestra playing these parts, because I didn’t know how to do it. It was this thing that I always wanted to incorporate into what I did before, I always wanted this and I was always upset that I didn’t get it. This time, I could apply this knowledge that I actually possess into this music. It was one of the most exciting experiences of my life because the orchestra is such an integral part of that album from start to finish, as far as weaving in and out of the music and gluing it all together.”

That’s certainly an understatement. Aside from a couple of brief pauses, Act IV is almost one continuous piece of music. Whether it’s the gracefully powerful lilt of “At The End Of The Earth”, the frantic, almost King Crimson-esque 9 minute epic surge of “A Night On The Town” or the angular guitars of “King Of Swords (Reversed)” – which Crescenzo says drew inspiration from unlikely sources such as ELO, Talking Heads and Michael Jackson – it all creates a sense of dramatic momentum to parallel all the physical and metaphysical action that takes place across this record’s ambitious 64 minutes. Initially written and recorded at Crescenzo’s self-built studio in Port Angeles, Washington (where he now lives) with the rest of the band, once their parts were done, Crescenzo then set about finishing the rest of it himself. “I tracked most of my guitar and then I finished writing the scores for the orchestra, so before I even got in to doing vocals, my girlfriend, my dog and I drove down to California and tracked the orchestra.”

Played by the community-based Awesöme Orchestra collective at Berkeley’s Fantasy Studios, it means the album truly is the culmination of everything that preceded it. As such, even though it’s part of a fictional narrative, it doubles up as the band’s most autobiographical album to date. That might seem like a paradoxical concept, but to listen to Crescenzo explain it, and it makes perfect sense. As Crescenzo points out, “There were always these big pillars of the story that I wanted to tell as far as broad strokes. It’s always had Point A and Point B on a grand scale, but I like to grow as a human being, a songwriter, a lyricist, and I didn’t want to bind myself to the outlook and my feelings and my personal headspace at 22, when I started writing this, knowing that it would be years and years and years before I’d ever get to the sixth part. I didn’t want to control the creativity of the 32 year-old me at 22. I left a lot of wiggle room so I could pull on the new experiences I’d have as an adult and through the years it would take to finish it. So a lot of the detail is told from the last six years of my life going into Act IV.”

As such, the personal growth that Crescenzo experienced in his own life shaped those moments. For a start, he wanted the band – completed by Nick Crescenzo (drums, percussion), Robert Parr (guitar, keyboards), Nick Sollecito (bass), Maxwell Tousseau (guitar, keyboards) and Andrew Brown (keyboards) – to have more input into the development of the songs. Secondly, he found his attitude towards the people who initially inspired the characters had changed over time – and so had the characters as a result.

“Looking back on the way that it started,” Crescenzo remembers, “the story was rooted in such an intensely bitter place I was able to demonize whoever I wanted through the fiction of it. What’s really interesting is that, just by coincidence, in this story and in these characters who have been somewhat demonized in my mind relating to real life people, there are these moments somewhat of redemption for these characters. It was like I knew I wasn’t going to want to make that record until I was in a personal place where I had sort of gotten past the initial bitterness and the grudge I’m incapable of not holding. If I had written it all as younger man, I think it would have been bitterness from the beginning to the end, and there would have been no room for my growth or the growth of whatever character I’m putting in there.”

There are still two more Acts planned, as well as a graphic novel in the works, but for now, the life of the Dear Hunter – both the character and the band – is fully consumed by this newest part of the story. It’s been a long time in the waiting, but that’s precisely why the pieces have all fallen so perfectly into place. “Honestly,” Crescenzo chuckles, “just the act of making this record after so long, and making the record I said I was going to make and not damning the younger version of me to having lied, is very cathartic. And when it was done, I had no idea what to do with myself. All of a sudden, I was finished with this thing I didn’t even know if I would get to. I was blindsided by the finality of it.”

One listen, and you probably will be, too. Act V: Hymns With the Devil in Confessional 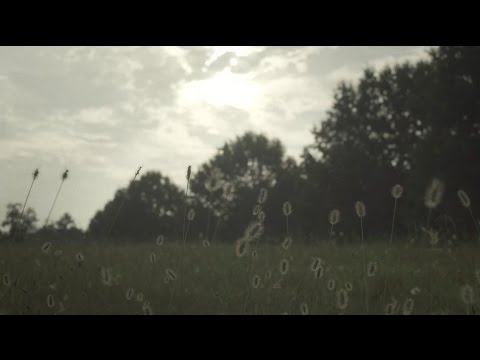 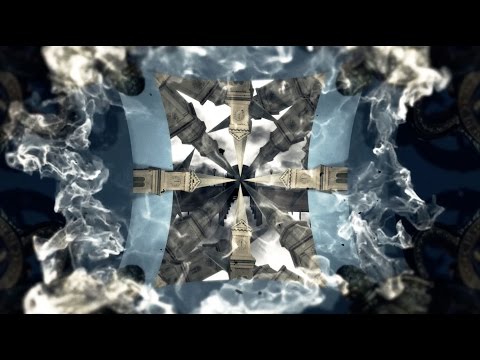 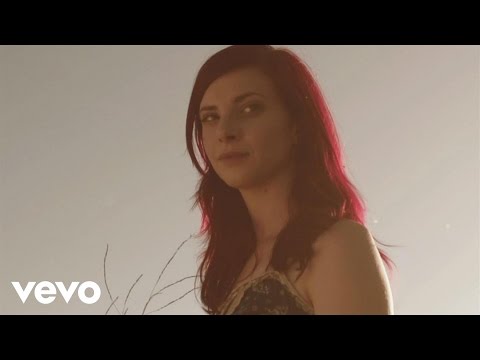 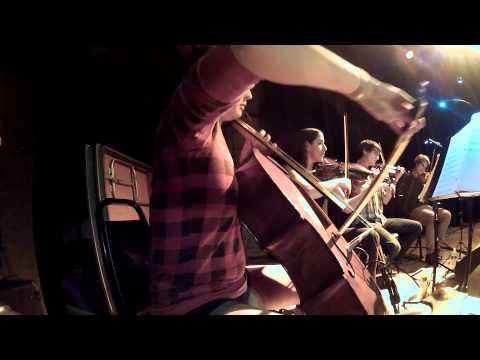 “Bring You Down” Live 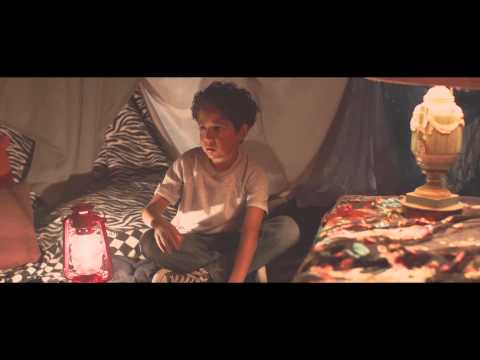 “Shouting at the Rain” 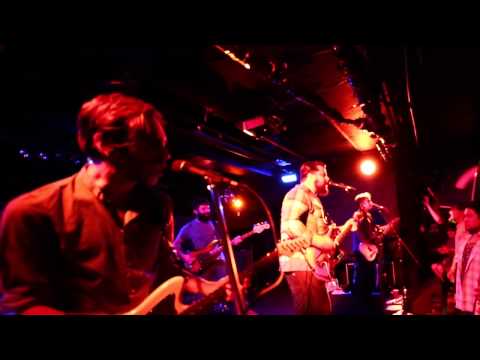 THE DEAR HUNTER PREMIERES VIDEO FOR “GLORIA” ON VEVO

THE DEAR HUNTER RELEASE “THE REVIVAL” SINGLE AND LYRIC VIDEO

THE DEAR HUNTER ACT IV: REBIRTH IN REPRISE OUT TODAY!

Casey Crescenzo (of The Dear Hunter) posts pre-order for Symphony

The Dear Hunter releases “Shouting at the Rain” music video

The Dear Hunter to Tour with String Quartet in September

New videos from The Dear Hunter